December 20, 2018
It was a cold Sunday and I was enjoying Cookie Con at the LA Convention Center with my daughter, Esther. I needed a snack that was not sweet, so I stepped into the hall and got a cup of tea. Suddenly, I received a text from my cousin, Tish Laemmle, who asked: Was interested in purchasing Carl Laemmle's cane?

I was stunned! What an odd coincidence! I had been researching our Laemmle family history for years now. Even though my name is Blum, I am a Laemmle. My mother is Susan Laemmle; my cousins, Greg and Tish Laemmle; my grandmother, Alyse Laemmle. In fact, my grandfather, Kurt, founded the Laemmle Theaters right here in Southern California in the 1930's with his brother, Max - and they were Laemmles too! 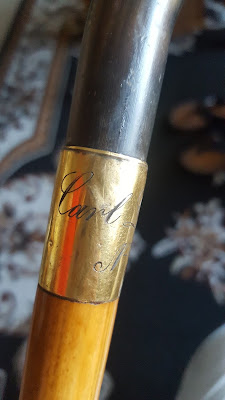 A friend of Greg and Tish's was strolling around an antique fair in Palm Springs - of all places! She ran across a cane engraved with Carl Laemmle's name. This is one of those rare cases where you really know that the vintage item belonged to the person, because who would go to the trouble of faking a signature in gold?! 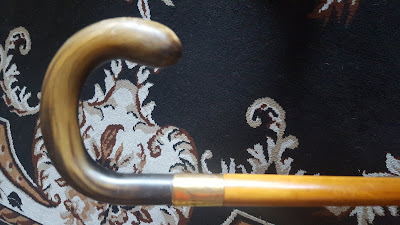 Did I want to get in touch with the seller? Was I interested? I didn't even have to think about it. I called as soon as I saw the phone number. Dharma was her name and she her next stop would be an antique fair in Santa Monica. She was very kind and agreed to put aside the cane. We would meet her in Santa Monica in a week. 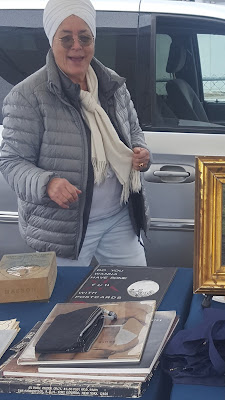 So, I waited a week - which seemed like an eternity - and then we ventured over to the Santa Monica Airport - in the rain! - for another antique fair. Who knew there were so many antique fairs?! 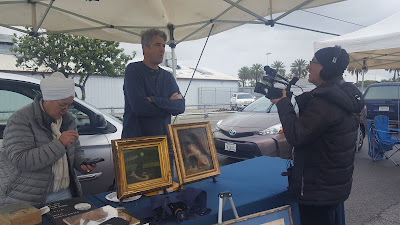 I couldn't wait to feel the bone, shaped into a comfortable handle - worn away by Carl's hand. He was a short man by any standard. We seem to actually be about the same height! It fits me perfectly. I feel the energy that seems to still linger in the materials. 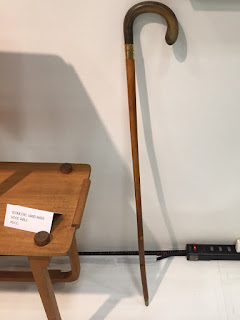 Below: Carl Laemmle with friends and family in Germany. He visited every year up to 1930 and never went back after that. He is in the middle, wearing a white vest. Can you spot the cane? 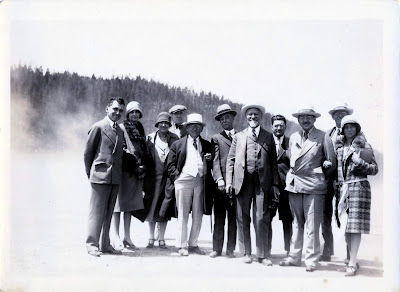