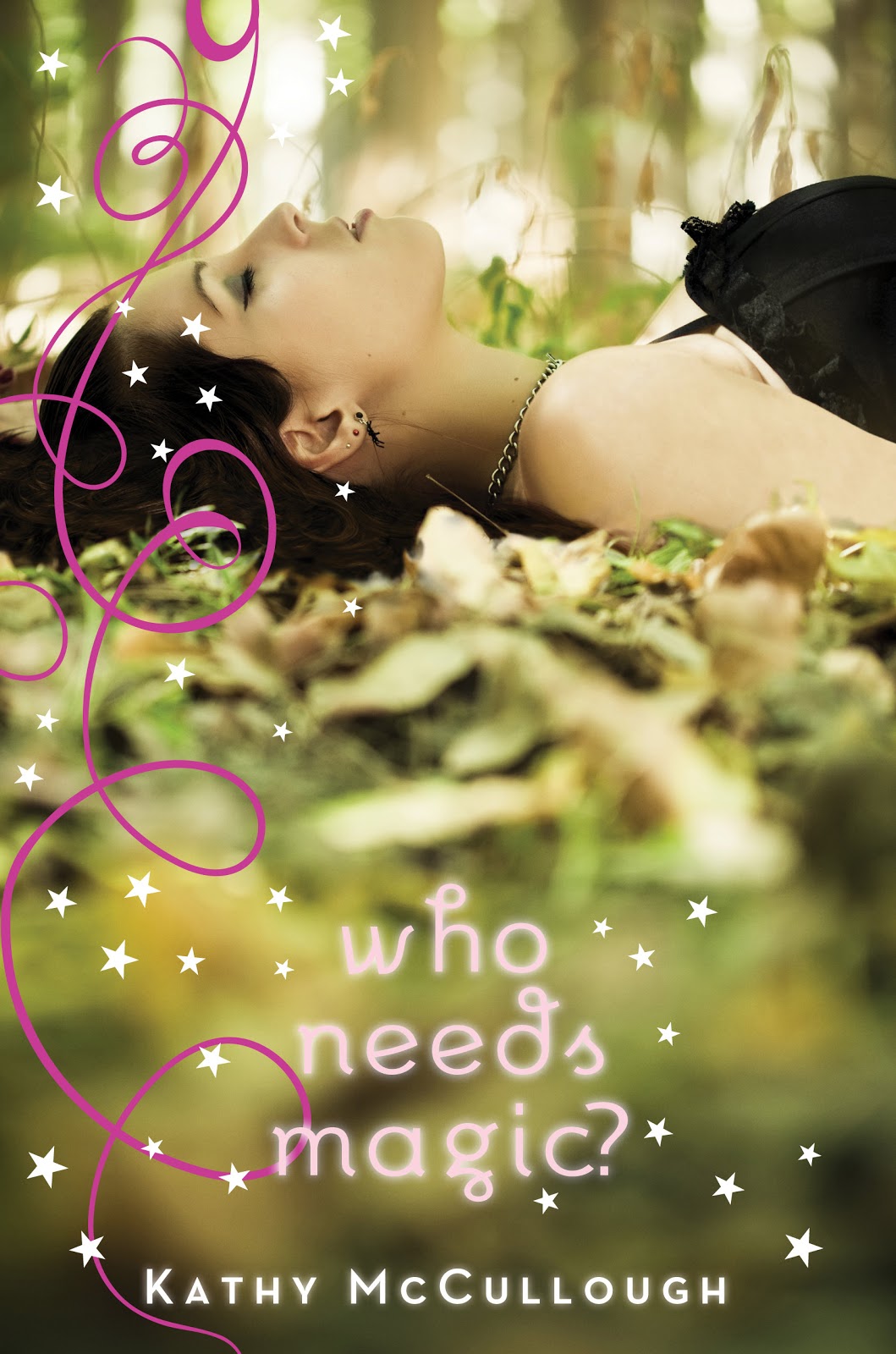 I was lucky enough to be able to send the fabulous writer, KATHY MCCULLOUGH, author and screenwriter and member of the Hollywood Schmooze a few questions which she answered for this blog. Her latest two novels for teens are: DON'T EXPECT MAGIC and WHO NEEDS MAGIC.


I just finished reading DON'T EXPECT MAGIC, the first book in the Delaney Collins Series. And I loved it!! Delaney is unusual and spunky and learns some things about life, herself and magic.
I laughed out loud for at least two minutes during the tongue-in-cheek description of Delaney’s father’s new age book titles. My favorite was: “Stop Whining and Start Living.”
But even more than that, I loved watching Delaney gain confidence and still be herself -- the quirky artist that she is.   I may be crazy, but I wasn’t wrong. Pure, simple, to-the-point writing. Hemingway couldn’t have said it better. Delaney progresses from angst to feeling good about herself, an arc many teen girls can relate to.
WHO NEEDS MAGIC? the second book in the series comes out soon, July 9th .
1)      Are you excited?

2)      Tell us something about this book in your own words:


In the sequel, Delaney has now accepted that she’s a fairy godmother, but it still feels new, and she’s insecure about her powers. Her anxiety is heightened when she meets another teen fairy godmother, who looks the part, unlike Delaney who dresses all in black, and who can grant wishes with a wave of her lemon candy stick wand.


3) What was the experience of writing a sequel like? Did you expect to write a series when you started on the first book, Don’t Expect Magic?


I did hope to write a second book. I found it very hard to write, however. Delaney already had her arc in the first book, so I had to figure out what her new arc would be. I wanted to make sure the stakes went up, while also making sure there was a strong emotional journey as well. And then there was the struggle to make sure that the book is as good as or ideally even better than the first. Added to this is the pressure of a deadline, which I did not have with the first book.


4) Are there more books in store in this series?


5) What is your advice to new writers?


6) Name three things you could not live without in your day-to-day, writing life?


7) If you were an animal, what animal would you chose to be?


A bird. It would be great to be able to fly.


8) What is your favorite color?


Not in the David Copperfield sense, but in a “sometimes things happen for a reason and you don’t know the reason until long after” way.