Can you make it better?

December 04, 2012
My mother-in-law had a stroke and is hanging on on life support now. So, Warren is sad about that.
His father died when he was 13 and he is the oldest, so he took care of his mother. She grew up in the Bronx, fleeing Poland with her family when she was just five years old, being forced to say goodbye to her grandmother, whom she never saw again. She watched her two older brothers receive educations while she was denied as a girl. Her parents even burned her journals. She longed to become a writer, but instead she married and had two kids and raised them in Hollywood. Warren's dad had a Hi Fi and TV Store on the corner of Melrose and Fairfax.

She and Warren's father brought property, which was wise. This investment is Warren's job now. He manages the commercial and residential spaces. There a many tenants: a jewelry store from Paris, a lamp designer, a clothing sylist to the stars, a PR dude. This is our life! I help manage these offices and shops as well. Plus, there is his mother's old house up North of Sunset Blvd. But that's another story...

What is the best way to get someone un-depressed? My husband is very depressed about his mother and it's getting to me. Any advice? 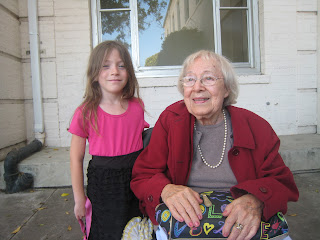